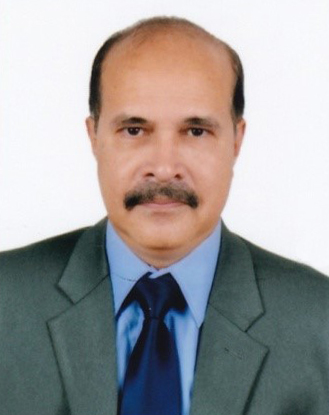 Brigadier General Kazi A.S.M. Arif, afwc, psc (Retired) is a smart, upright and dedicated officer who served Bangladesh Army in diversified experience. He served Bangladesh Army for 32 and half years in various positions and appointments of command, staff, and instructor. He is an officer from The Corps of Signals (communication branch of the army). He served as an instructor in the School of Military Intelligence, also served in DGFI in various appointments. He was one of the pioneer officers in establishing the National Telecommunication Monitoring Center (NTMC). He served as Director (External) of National Security Intelligence (responsible for external intelligence and coordination with the embassies/ HC). He was the commandant of the Signal Training Center and School and Commander 86 Independent Signal Brigade (Independent formation). He also served as Military Observer and as Staff in UN mission in Kuwait and Congo respectively.

He is a well-traveled man who visited dozens of countries around the world. He has a penchant for study various subjects of his interest.

Like many websites we use cookies. We care about your data and experience, so to give you the best possible experience using our site, we store a very limited amount of your data. Continuing to use this site or clicking “Accept & close” means that you agree to our use of cookies.